Most of the candidates confuse themselves with the test pattern of PTE Academic in comparison to IELTS test. Especially when it comes to speaking section. It has been noticed that students who had secured good bands in IELTS speaking module were not able to fetch good score in PTE speaking section. There could be a hoard of reasons behind the disparity.  The most logical reason being the different pattern of both the tests. Both IELTS and PTE-A have varied formats with a few similarities in certain question types, but this does not mean both can be dealt with the same perspective or approach.

First of all, a candidate has to understand the major or minor differences or similarities, for that matter, of both the language tests. Demarcation of the sections and question types and the way to deal with them must be clearly identified in order to get the desired results. What is meant by this is that to study the format and pattern of both the tests thoroughly. Then only you can point out what the differences or similarities are. For instance, if we take the speaking test in IELTS, it’ll have three sections to be completed within 11-14 minutes duration of time. Moreover, this test is quite like a face to face interview where a candidate interacts with an examiner and shares his/her viewpoint on certain issues apart from the general questions related to the candidates’ personality and profession.

Coming to the PTE-A speaking section, it differs from IELTS speaking in more than one way. Firstly, it is to be done on a system. Candidate has to speak and record responses on a computer. Another major difference being the duration of time for the speaking section. In PTE-A, a candidate gets 30-35 minutes to answer all the question types. This could be the second difference where a variety of question types are designed to test the speaking skills of a candidate. Moreover, all the question types will be testing integrated language skills, like reading and writing, listening and speaking, listening and writing and so on, simultaneously. This feature creates the demarcation between the two tests. The latter being more elaborate when compared to the former.

The different question types in PTE speaking section include Read Aloud, Retell Lecture, Repeat Sentence, Describe Image and Short Answer Question. While in IELTS, the Speaking test includes three sections namely section-1 Introduction wherein general questions related to the candidate’s life and personality will be asked. Next section-2 Individual Long Turn or a monologue section wherein a cue card is given with a topic to the candidate and he/she gets 1 minute for preparation and 2 minutes to speak on the topic. The final section-3 is based on the section-2 topic, wherein specific questions will be asked to the candidate and he/she will be asked to give his/her opinion.

Candidates have to realise that PTE Academic is totally a computer based test without any human intervention and all the responses will be judged by the system and not humans. So the candidates must be conscious of their accent, their pronunciation and their tone and fluency while taking the PTE Academic speaking test to get the desired score. Remember the computer will recognise only the format which is being programmed in it. Hence, it is suggested that the candidates speak in their natural tone instead of copying a foreign accent and try to speak as naturally as possible to avoid any confusions. The assessment criteria focusses on the correct pronunciation of words and the intonation with which a candidate is delivering the responses. Therefore, it is recommended that candidates practice rigorously to improve their accent and pronunciation and intonation before sitting the test to fetch the desired score. 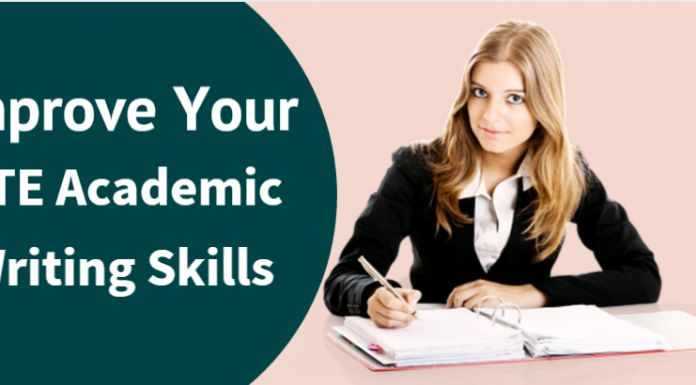